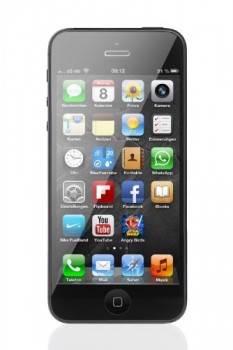 Get your Apple iPhone 5 #AnthonysOnlineMall

Tried many different phones, came back to the iPhone 5
By KoolJeffy
After owning an iPhone 4, iPhone 4S and iPhone 5, I decided to see what else was out there recently.

I tried the Samsung Galaxy S4 for a couple weeks, wasn’t happy the way it handled multiple email accounts, messaging and basic functions which required multiple key presses to accomplish. To add to this, the phone lagged between screens and apps and after reading forums online, I found I wasn’t the only one experiencing this. I returned the phone and tried the Blackberry Z10. Their new “Hub” feature was nice, however the OS just didn’t flow too well with BB’s new gesture commands. Navigating through screens was not a pleasant experience. Perhaps with software updates, BB’s new OS will come together someday, however, as of now, it’s lacking quite a bit, especially in the app space.

Unfortunately, in my haste to sell my iPhone 5 immediately after purchasing the S4, I realized I had made a grave mistake. To correct this, I purchased another iPhone 5. After experimenting with the other OS’s out there with the exception of the Windows phones, I found that no other phone had everything put together as well as the iOS iPhone 5. iOS flows very well and especially with email which I depend on heavily for corporate as well as personal use. The iPhone excels in many other areas in comparison to other phones such as messaging, web browsing, camera features, music and so much more. People criticize the iPhone so much for the lack of a removal battery, expandable storage, lack of customization options and so much more, however the battery life on the i5 is amazing with wifi, BT and apps running 24/7. As for storage, just opt for a larger capacity. I feel like the prodigal son who just had to see what was out there in the world but in the end, came back home to the iPhone 5. I am not an iSheep or iFanatic in any way, I just like being efficient and getting things done quickly on a dependable and reliable mobile device and the iPhone 5 comes out on top in this regard.